Initially, we worked with SecondSite providing CakePHP development. Over the course of a year, we became a close ally and ended up rewriting the entire platform. With the intent to grow, SecondSite decided to pursue a long-term relationship with us and invested in themselves by purchasing their own servers and hardware.

After the new hardware landed, we assisted in configuring the new servers then immediately moved the original extension’s controllers to Socket.io, a NodeJS socket framework, to increase the speed and eliminate the third party costs.

Before the new hardware was installed and Socket.io controllers were implemented the database server could only handle 2,000 queries a second. After the rewrite of the application and six new controllers servers were configured for heavy loads the database server was able to handle 120,000 request per second – that’s a 5,900% increase in efficiency.

Our next step was to rewrite the student monitoring Chrome Extension in JavaScript ES8. After our rewrite, less memory and less CPU usage were seen on student machines and our team had a more maintainable codebase to work with. 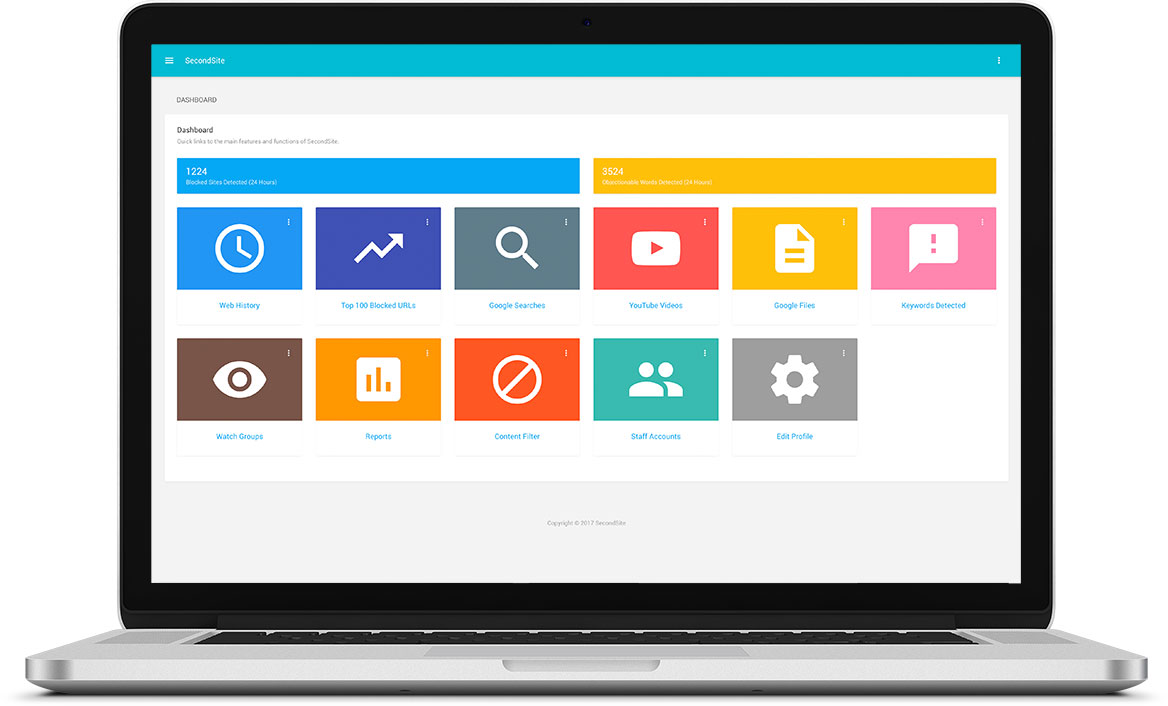 Our last step in this journey was to run a Google Adwords marketing campaign targeting schools and educational organizations. This led to 40 school signups in one month allowing SecondSite to expand exponentially. SecondSite was then acquired by a larger competitor who merged the codebase and technology into a much larger full-scale K-12 educational monitoring solution.

By writing the controllers in Node.js each individual server was able to handle 120,000 queries a second.

Our technical and marketing efforts allowed the service to go from a semi-functioning beta to a full-fledged application.

Initially, only a handful of schools were using the application. After our marketing campaign, the base increased ten-fold.